Fishing season is year round and that is especially true in the southern coastal region.  Granted, some specific species of fish do have months when federal or state regulation prohibit their harvest, but most species may be harvest at anytime during the year.  By their nature however, many species of fish have established their own season simply because they may not be available or willing to bite.

For the most part when someone says, "let's go fishing", that generally means let's go catch whatever will bite because after all, season never closes.  There are those days however, when anglers want to target a specific kind of fish.  For example, how many time have you heard someone say, "let's go bass fishing" or "I would like to catch a flounder."  These are the times when a fisherman needs to be aware of the factors that affect the behavior of a particular species which often creates an instinctive fishing season. 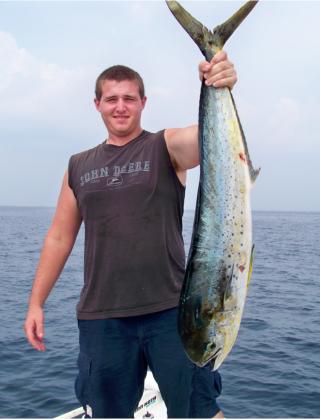 Because of these natural instinctive fishing seasons, there are months when a particular species of fish are more abundant and more likely to be caught.  There are several reasons for this. For example, several species may be migrational or seasonal, perhaps because they are following the travels of their favorite food.

Other fish may have a biological trigger causing them to gorge themselves just before or after spawning.  Changes in water temperature plays a big role in the feeding habits of fish.  Some fish move into inlets when water temperatures rise while other seek cooler water at deeper depths.  These all create a natural instinctive season.  In addition, around tidal brackish water areas the amount of annual rainfall can dramatically effect fish behavior from one day to the next. 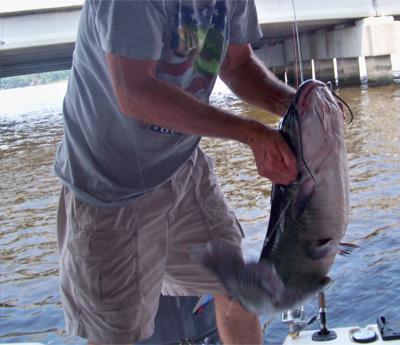 When it comes to targeting a particular type of fish, the key is in recognizing "Mother Natures" influences and knowing the type of habitat the fish prefers, then presenting to them one of their favorite baits in a fashion the fish find tempting.  As you will see, more often than not, a big change in fishing gear is not required.  With only minor adjustments to existing equipment, a fisherman can switch from catching fish in shallow water along a grass bed to hauling them up from a deep water shell bar.  With these thoughts in mind, these pages are provided to give some specific examples for specific fish, offering suggestion on the time of year for these instinctive fishing seasons, the type of habitat preferred, examples of equipment required, and the uses of the best bet bait.  Here are tips for:

So as you see, for most species season never closes.  However, fish do have instinctive behaviors which affect their feeding habits.  A big part of fishing is in knowing what can be caught, when to catch them, and having the bait they are willing to take.